Established in 1859 among the rolling hills of Crowley's Ridge, Craighead County is home to Arkansas State University and is a regional center for manufacturing, agriculture, medicine, education, and trade. I am confident that you will find our county to be friendly and our people are just great. Cordially,

The County Judge is the Chief Executive Officer for Craighead County government in Arkansas. The Judge authorizes and approves the disbursement of all appropriated county funds, operates the system of county roads, administers ordinances enacted by the Quorum Court, has custody of county property, accepts grants from federal, state, public and private sources, and hires county employees except those persons employed by other elected officials of the county.

The County Judge, in addition to other powers and duties provided for by the Constitution and by law, shall preside over the Quorum Court without a vote but with the power of veto.

Marvin has lived in Jonesboro, AR most of his life.  He is a fifth-generation resident of Craighead County.  As newly-elected Craighead County Judge Marvin was sworn in on January 1, 2019.

Lisa Lawrence serves as the County Administrator.  Prior to working in the County Judge’s Office, Lisa worked for Craighead County District Court, where she handled the accounting as an independent contractor for 20 years before becoming the District Court Clerk in April 2017. Her duties include grant writing and reporting compliance with awarded grants, financial oversight and assistance with the Craighead County audit. Lisa passed the Certified Public Accountant exam in April 1996, and is licensed as an Inactive CPA.

Assured Benefits (ABA) is committed to supporting the Transparency in Coverage Rule by making Machine Readable Files (MRFs) available for ABA self-funded customers on July 1, 2022, at

With the passage of the Subdivision Ordinance 2019-13 on June 24, 2019, all new subdivision developments and the re-platting of existing parcels now requires County Judge’s approval before filing at the Circuit Clerk’s office.   Plats can be dropped off in the County Judge’s office, 511 Union, Suite 119, for review and approval.   Please plan on 3-5 days for response unless the plat is referred to the Road Committee for review.  In that case, it would be the next Quorum Court committee meeting, which is typically the 2nd Monday of each month. You may call the Judge’s office atto check the status of your plat.

Click the yellow folder icon the top bar of the webpage.

There are many other districts you can layer on top of the JP Districts if you wish. Click any information you want to see on the map. Unclick those you don’t want to see.

The Circuit Clerk is the clerk of the circuit, domestic relations and juvenile court, and is also the ex-officio county recorder and is responsible for recording deeds, mortgages, liens, surety bonds and the county collector of child support. The Circuit Clerk also swears in all notary publics. The circuit clerk prepares summons, warrants, orders, judgments, and injunctions authorized by the circuit, domestic relations and juvenile court for delivery by the county sheriff.

Deed In Lieu Of FC 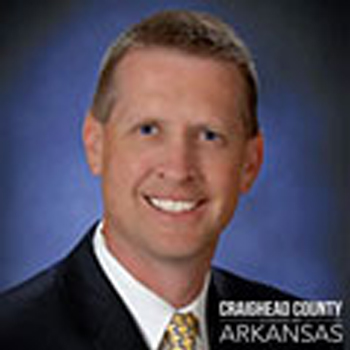 The County Treasurer is the disbursement officer of the county, and is the unofficial or quasi comptroller. The Treasurer is responsible for the custody and disbursement of all county funds and school district funds. The Treasurer receives county tax collections, county turn back funds, federal matching funds, state aid to school district funds and revenues from various other sources. After receiving this revenue, the Treasurer distributes the money to the various taxing units of the county.

Terry was born and raised in the community of Dixie Arkansas, which is located in Eastern Craighead County.  The son of a farmer and public school teacher, Terry learned the lessons of hard work and the value of education at a very young age.   Sworn in as Treasurer of Craighead County in 2013, Terry has made it his mission to lead in transparency, conservatism, honesty, and integrity.

Monthly Financial Reports for May 2022

The Tax Collector is the collector of taxes for the county and collects municipal, county, school and improvement district taxes and turns them over to the County Treasurer. The Collector is responsible for collecting all property taxes from the first day of March to the 15th day of October during the calendar year after they are assessed.

By statute, the collector is required to turn over all tax revenue to the treasurer at least once a month. Taxpayers may pay their taxes in installments with one-fourth of the total being due between March 1 and April, one-fourth being due between April and July, and the remaining one-half between July and October 15 (ACA 26-36-20).

Any real or personal property taxes not paid by the 15 day of October are considered delinquent and the collector extends a 10% penalty against the taxpayer (ACA 26-35-501). Before December 1st of each year, the collector of taxes shall prepare a list of delinquent personal property taxes and deliver a copy of the list to a legal newspaper in the county. Within seven (7) days thereafter, the newspaper shall publish the list.

Deadline to Assess - May 31

Assessments After May 31 Receive 10% Penalty

Taxes Due by October 15

Building Maintenance is responsible for the maintenance of county buildings and grounds. 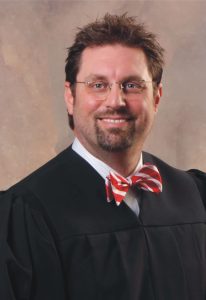 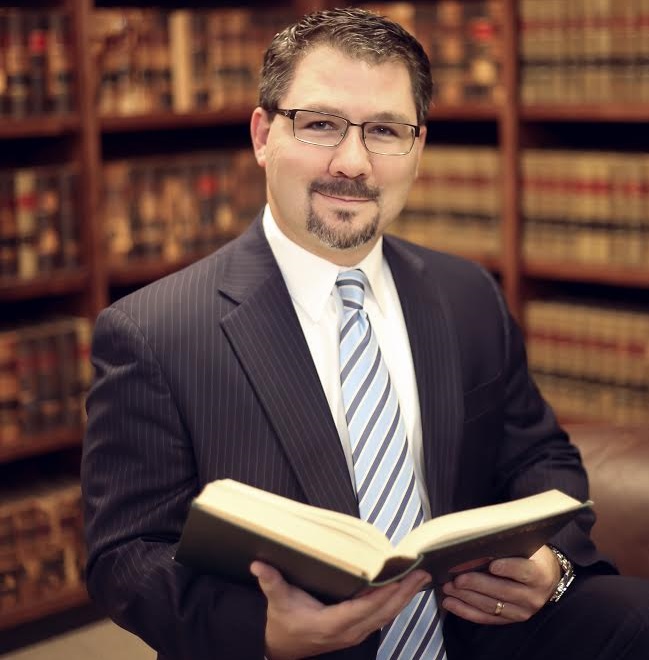 Online Record Search for cases that occurred BEFORE August 1, 2018 can be found at

Craighead County District Court is asking for your patience as we have transitioned to a new computer program as of August 1, 2018. Expect longer wait times if you choose to handle your business in person. If you are able, please pay citations and payment plans through pay.arcourts.gov. Thank you for your patience.

Pending charges are being entered so that you can look up your case information. Please visit https://caseinfo.arcourts.gov/ to view upcoming court dates and see the status of your cases.

The Road Department’s primary function is to take care of 1300 miles of paved and gravel road; 1100 miles gravel, and ~200 miles of hard surface. The department is also responsible for drainage up and down the county road, and maintenance of the county’s road and bridge infrastructure. The County Road Department has its own Bridge Department as well.

Application for Employment ( Must Print )

“Craighead County is located in the Northeast corner of Arkansas and touches Missouri on our northernmost border. Craighead County covers 717 square miles with a population of 96,443 .

Craighead County is one of the few in Arkansas that has dual county seats.

Authorize the detention and release of juveniles when arrested for delinquent offenses. Advise law enforcement agencies of procedures when arresting and/or charging juvenile offenders. Review juvenile delinquency or Family in Need of Services (FINS)cases and submit them to the…

Appointments are scheduled on Monday - Friday from 8 a.m. to 4 p.m. by calling the office ahead of time. Walk-ins are available every day from 8:00 a.m. to 4:00 p.m.  Assistance is available to veterans at the Lake City Courthouse, 107 Cobean Blvd, Lake City as needed.  A track chair is available for check-out to all Arkansas Veterans.

The duties of the Veterans Service Office are to counsel, advise, and assist military service veterans, veteran’s survivors and their dependents in obtaining benefits provided for them by county, state and federal laws.  Review and file claims for eligible veterans to receive benefits.  Assists with burial benefits for military service veterans and their families.  Provide help in ordering DD214s and military medical records for veterans who don’t have their copies from their time on active duty.  Acquire yearly tax letters for eligible veterans if they haven’t received them.

November 5, 2022 Veterans Day parade, Main Street, Downtown Jonesboro.  Come support our nations'  heroes and their families for their service.  Register for the Parade at: www.craigheadcountyveterans.org or call Marvin Jumper at 870-761-2735. Best viewing areas include: either side of Main Street, between Jefferson Street and Huntington Avenue.  Click here for more information.